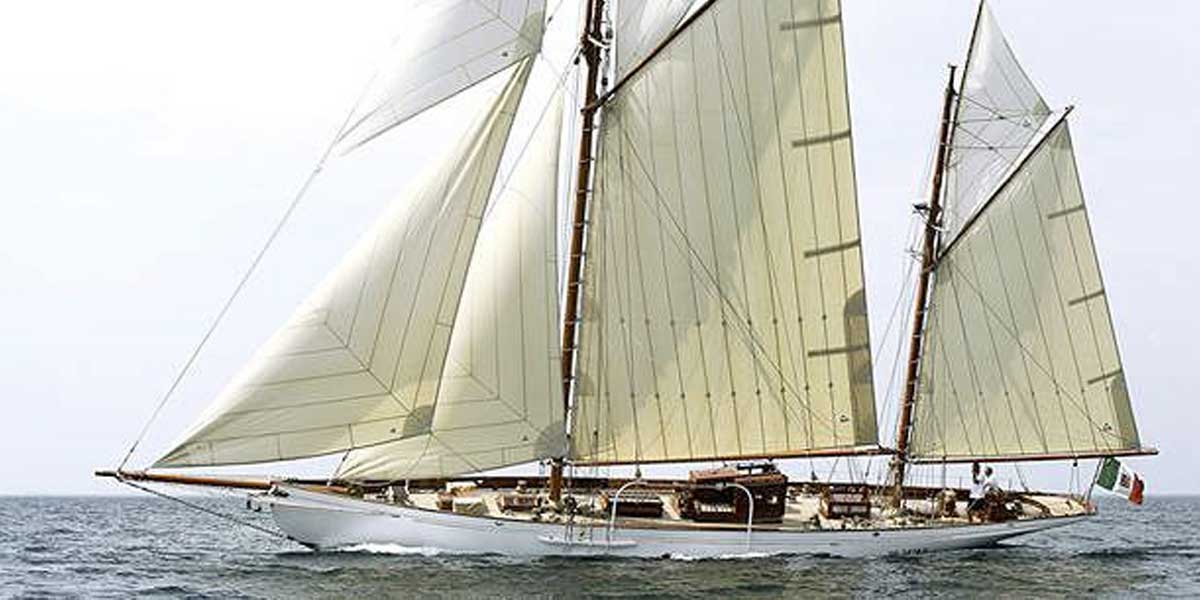 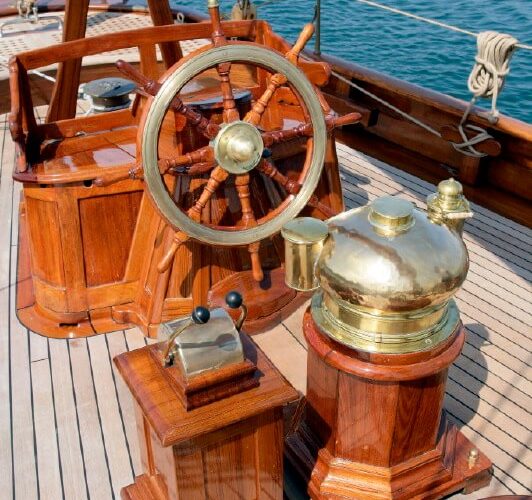 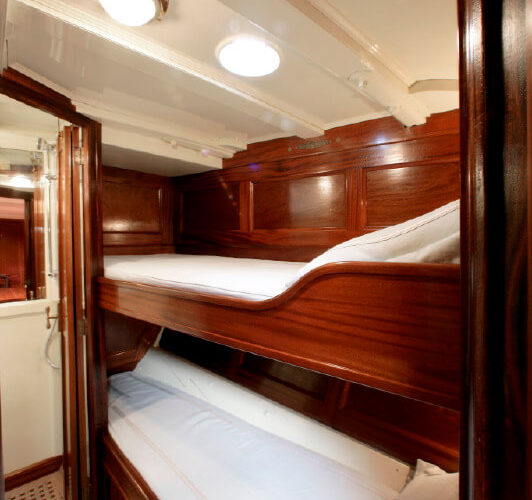 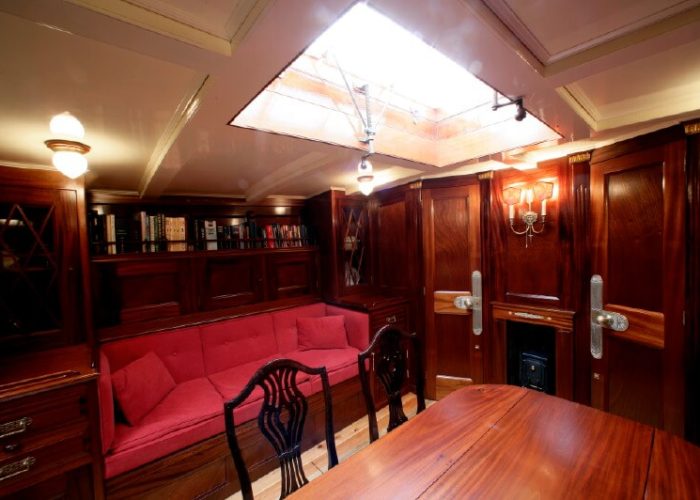 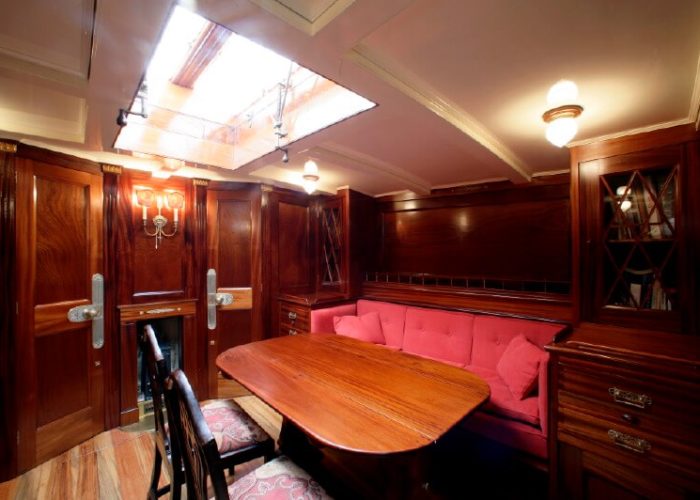 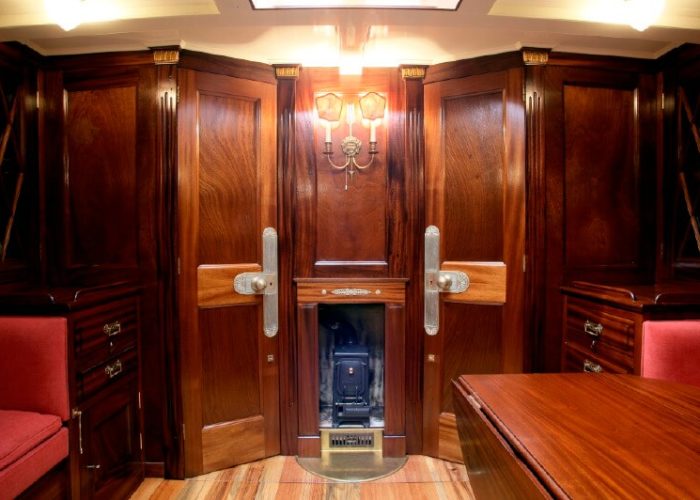 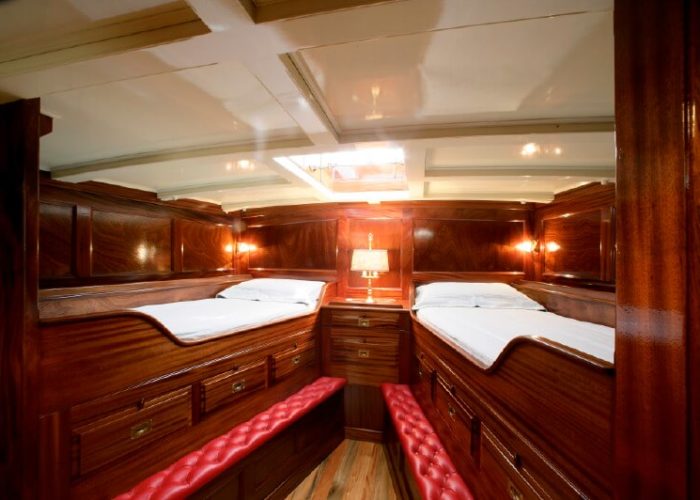 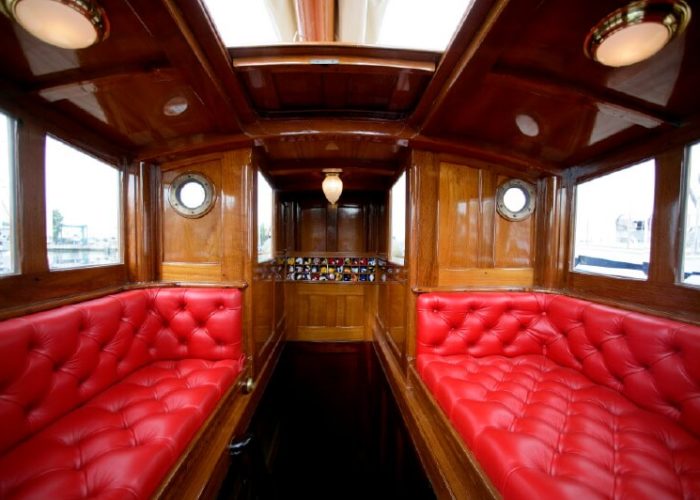 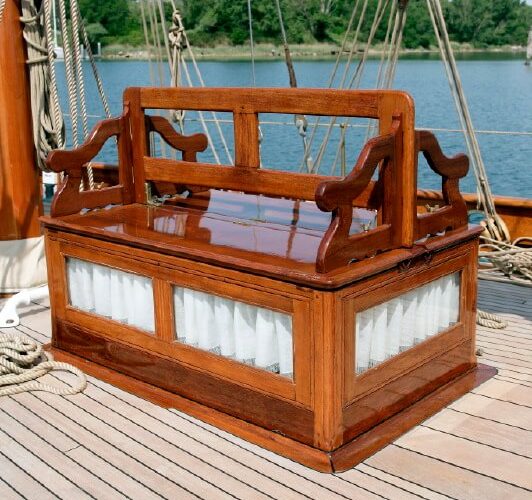 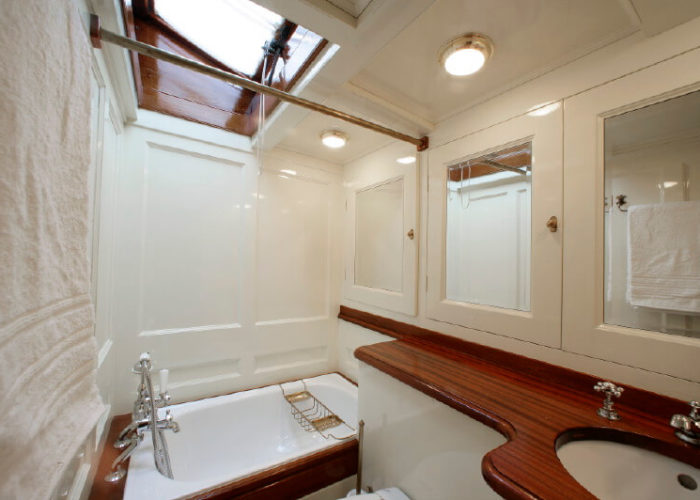 Javelin built in 1896 in Southampton, England has been beautifully restored with great attention to detail by her present owner.She is based on the Tuscany Coast and is now available for charter. Javelin is a 25.91m sailing yacht built by Summers & Payne.

The fine Gaff Ketch Javelin was designed in 1896, launched in 1897 and archives state she was included in the 1898/99 edition of Lloyd’s Register of Yachts. With a colourful and intriguing history, Javelin even won the second prize in the ocean race from Cowes to Waymouth at the turn of the last century.

To restore a boat means bringing it back to a new life without changing its soul or character. All the work on Javelin is based on these principals and the necessity to make concessions to modern times has been kept as discrete as possible. Original features such as the lady’s bath in the master cabin and a fireplace in the main saloon make Javelin less a yacht and more an experience in the best of another era.

Accommodation: She has an Aft mastercabin with  en-suite,and  twin guest cabin (bunks) en-suite