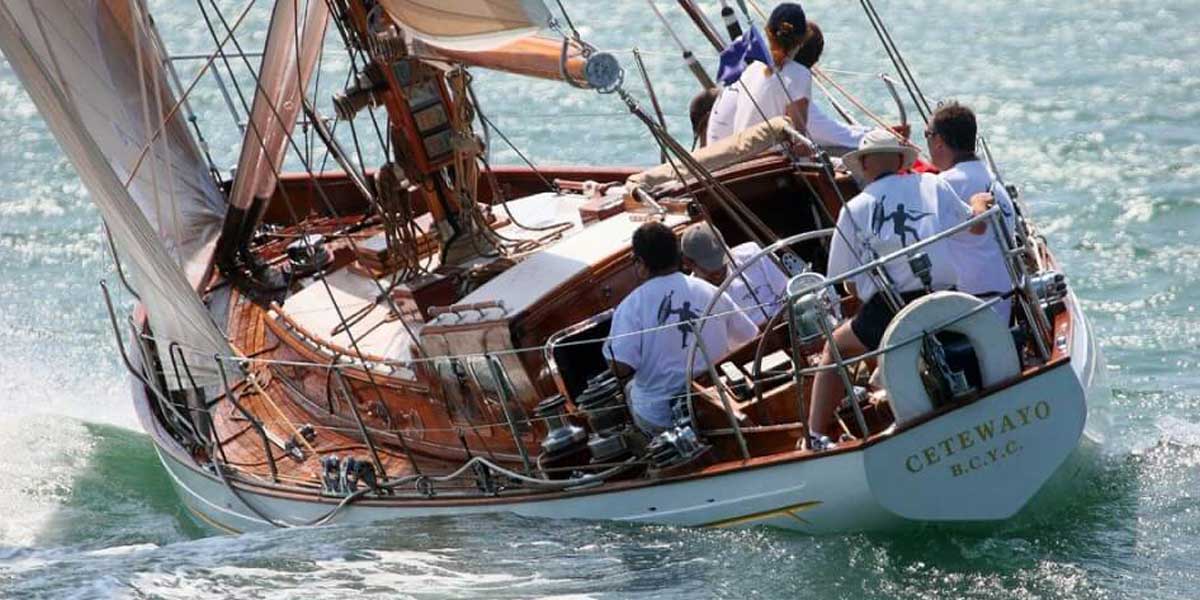 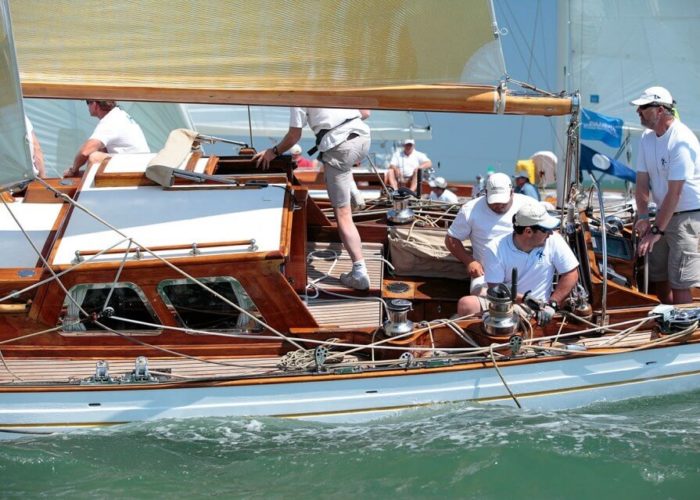 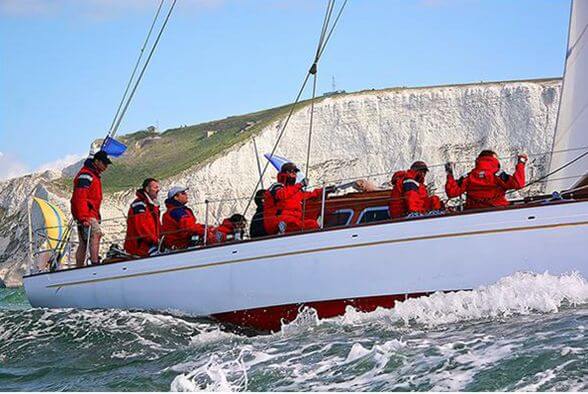 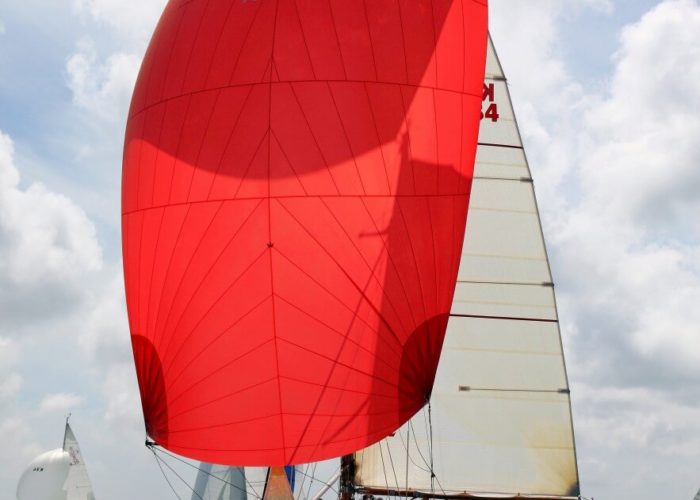 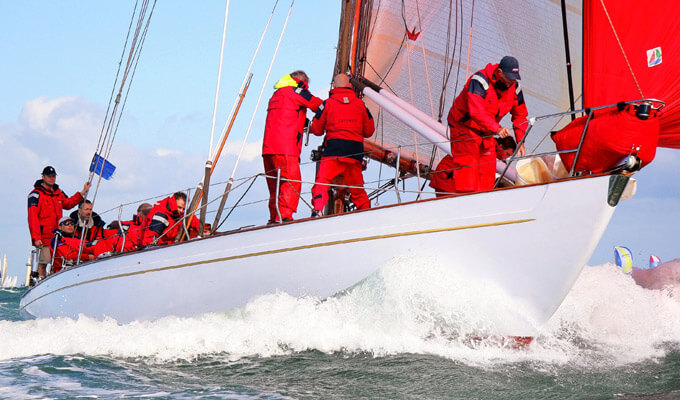 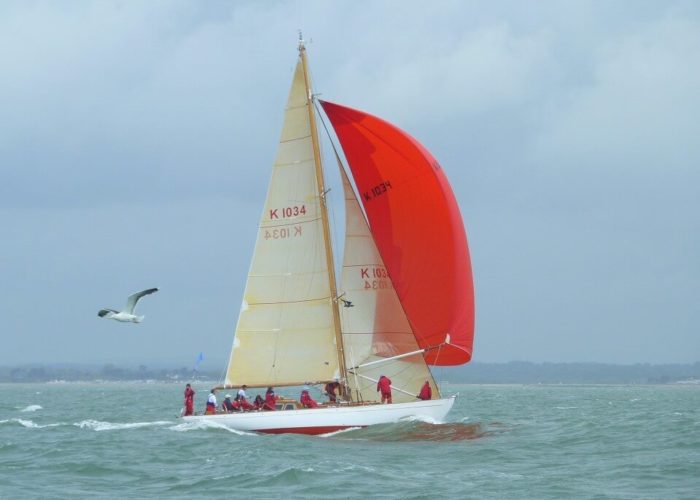 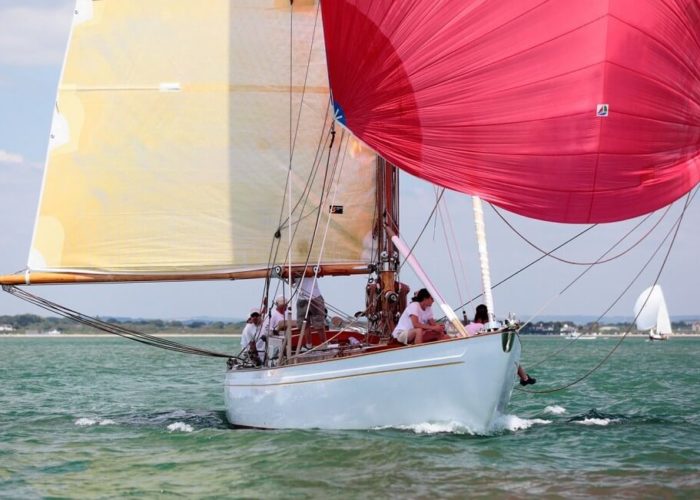 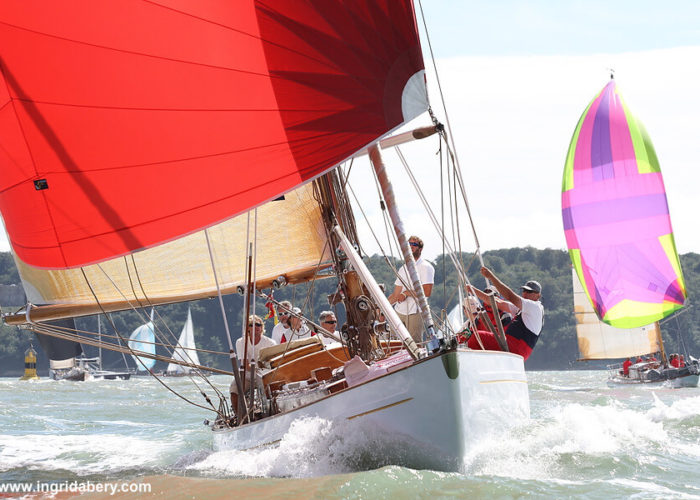 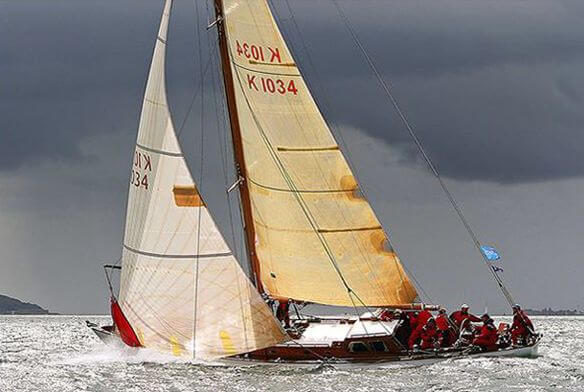 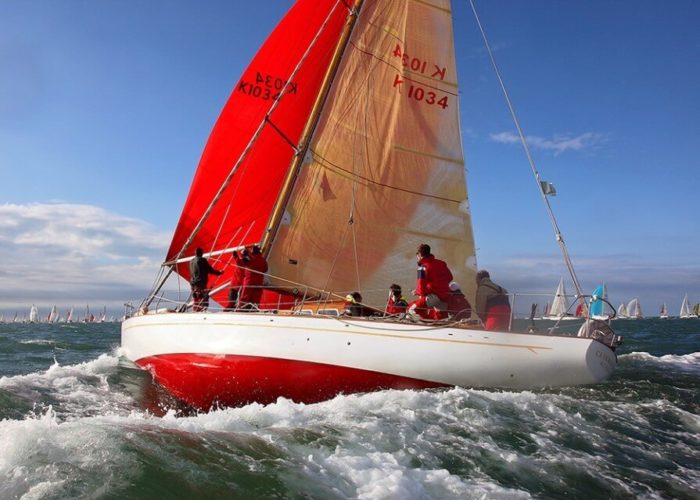 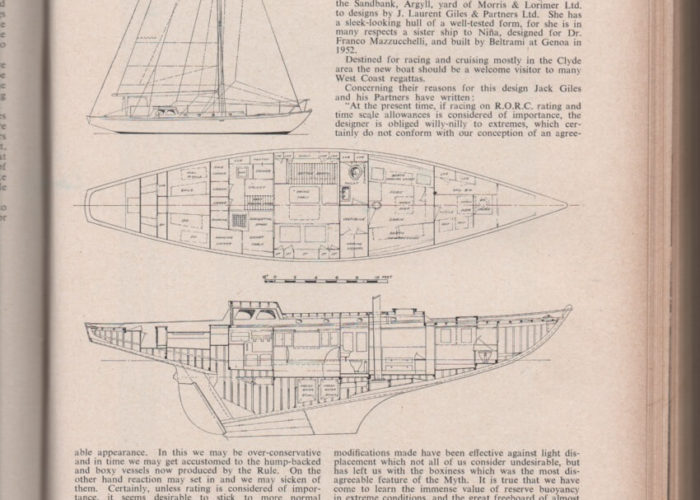 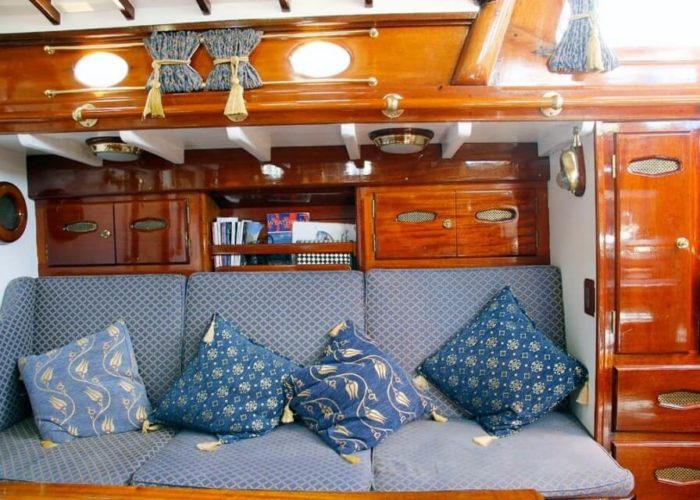 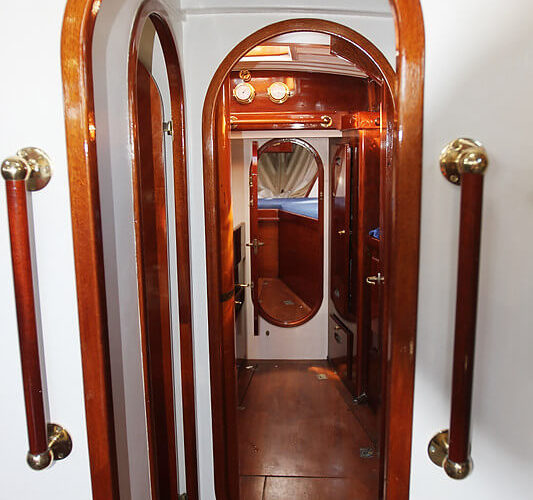 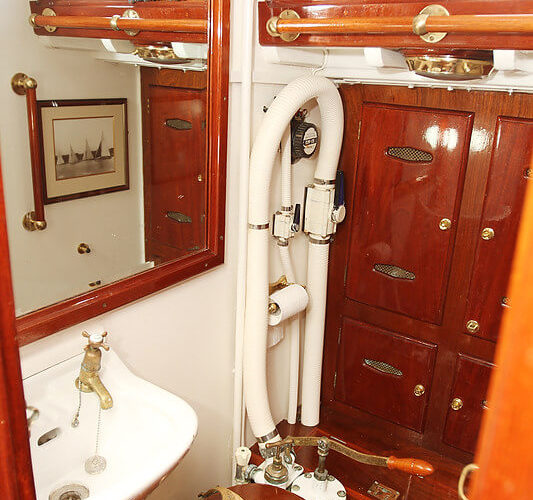 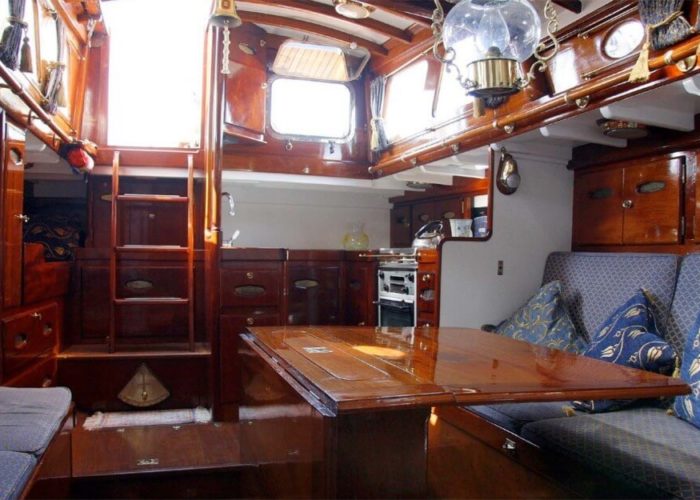 A day aboard Cetewayo

Cetewayo was designed by Laurent Giles and built on speculation by Morris and Lorimar on The Clyde. During her construction she was sold to Sir Henry Spurrier who considered the names “Assegia” and “Chieftain” before settling on “Zulu”. She was then launched in 1957 with the sail number 373. Her second owner, sailed her in RORC races for many decades. Her third owner sailed Cetewayo from her mooring without full payment and hid her in a small creek.

In 1989, her fourth/current owner found her, a hollow hull abandoned and rotting in Pembroke Dock. She was restored over a period of 15 years. Initial reconstruction work allowed her to be sailed to the Hamble where she was brought up to her current condition. During the ‘90s she had many wins against the modern IRC fleet in both offshore and onshore races.

Modifications include the installation of a new Perkins engine forward of the mast, with a hydraulic drive which allowed for greater space in the galley and adjusted the trim of Cetewayo to her original lines. The transom was rebuilt to accommodate running backstay winches supporting the rig with its complement of vast masthead and fractional and symmetrical spinnakers.

Since 2001 Cetewayo has been chartered regularly and predominantly in classic events, with some spectacular results.

She is built for exhilarating yet comfortable sailing, which allows us to tailor our charters to suit our guests. We are delighted to teach those willing to learn how to sail, pamper those who prefer to relax. For the veterans there is the chance to maximise boat speed, raising the distinctive scarlet Zulu spinnaker as Cetewayo demonstrates her racing credentials.

The Solent is a world famous sailing area with the opportunity to choose from a variety of stopping off points during the day. Guests may prefer to visit the idyllic bird sanctuary of the Beaulieu River; explore Cowes, England’s yachting capital on the Isle of Wight or maybe just anchor in a quiet bay for a swim.

What ever you you choose to do, we aim to make your day one to remember.

One of our popular charter options is a day aboard Cetewayo sailing from Hamble on the Solent. From 10am – 5pm, up to 8 guests can enjoy a beautiful day of sailing including a continental breakfast, lunch onboard, tea & cakes, drinks & fine wines.