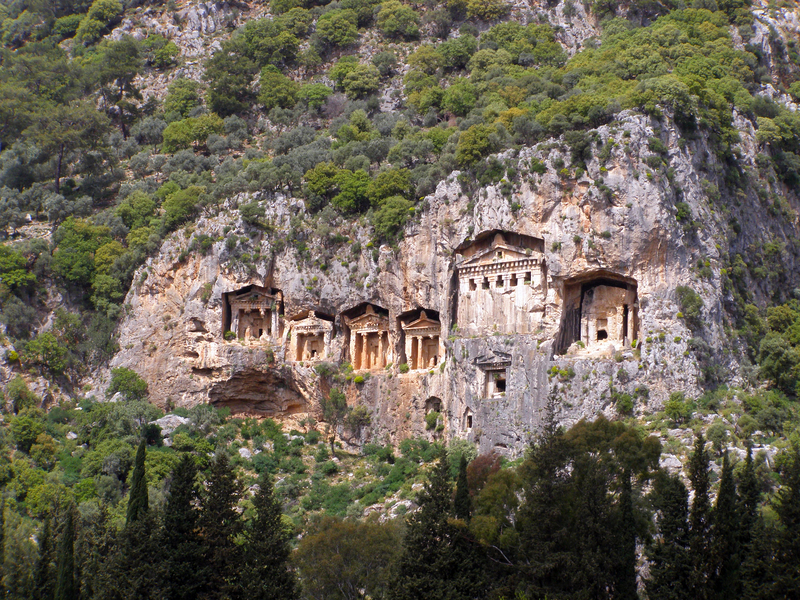 Boasting some of the most pristine waters in the Mediterranean, a luxury sailing holiday in Turkey offers a bounty of hidden gems to uncover. The southwest coast of Turkey is arguably one of the best cruising destinations in the world with a bounty of hidden coves and deserted bays to explore. You will uncover a rich heritage in this region where East meets West, so expect a to find ancient Roman ruins, historical cities and aromatic spices filling the air.

The coast of Turkey also offers fantastic opportunities to seek out secluded bays where you may be the only yacht hosted by the local Taverna that evening. Watch on as they rush out to bring in their fresh catch as you sail into the bay.

Expect to see dolphins darting through your bow wave and Turtles popping up to say hello during lunch.

For history and culture why not sail your yacht to Dalyan and visit the incredible Lycian Rock Tombs of ancient Caunos city. These ancient tombs were cut high into the side of the mountain so the angels could reach the dead. Alternatively begin your charter in Bodrum and enjoy local cuisine as you look out over its twin bays and historic 4th Century BC Medieval Castle which is one of the seven wonders of the ancient world.

For those that love to explore below as well as above the waves Gocek offers more dive sights than anywhere else in the Mediterranean. The beautiful enclosed bay on the Turkish Riviera is home to Turkey’s yachting elite and a great place to enjoy fabulous seafood dining on the waterfront. Plan your bespoke yacht charter in Turkey and discover uncrowded bays, unpretentious local dishes and an escape like no other. 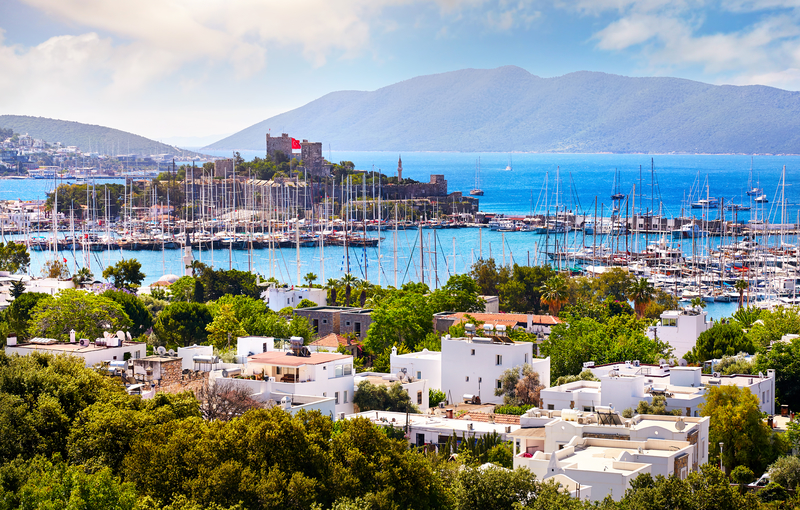