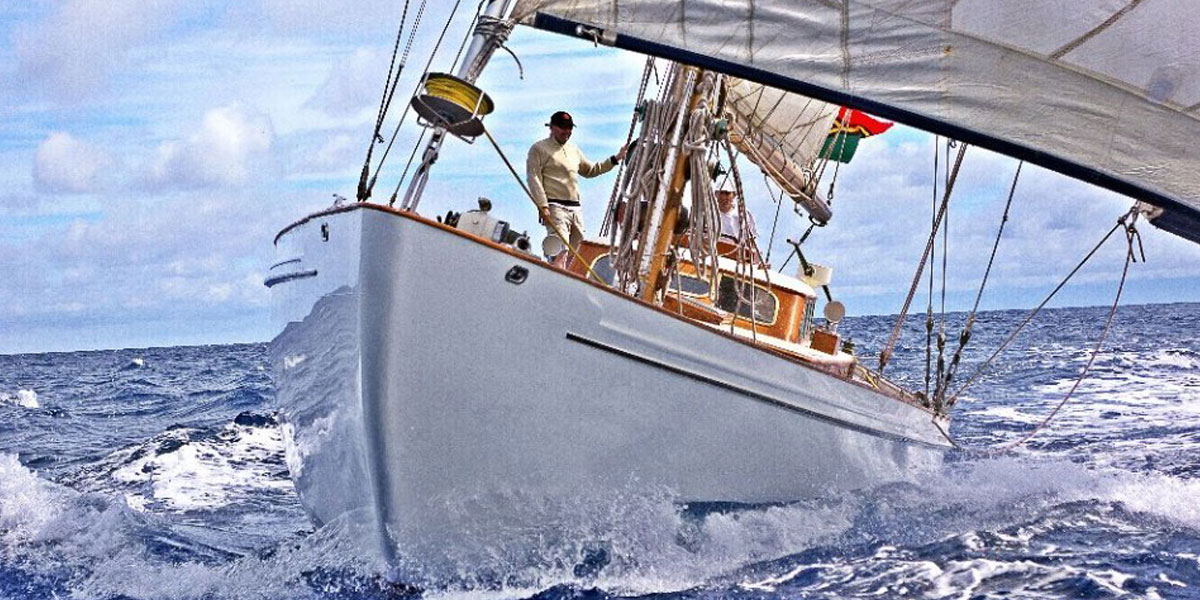 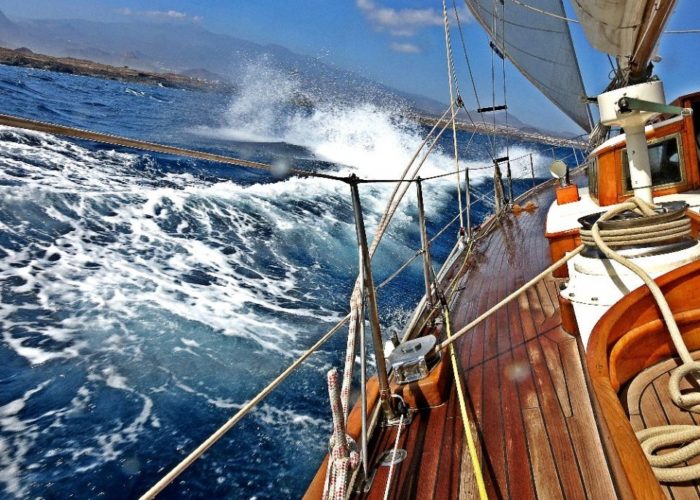 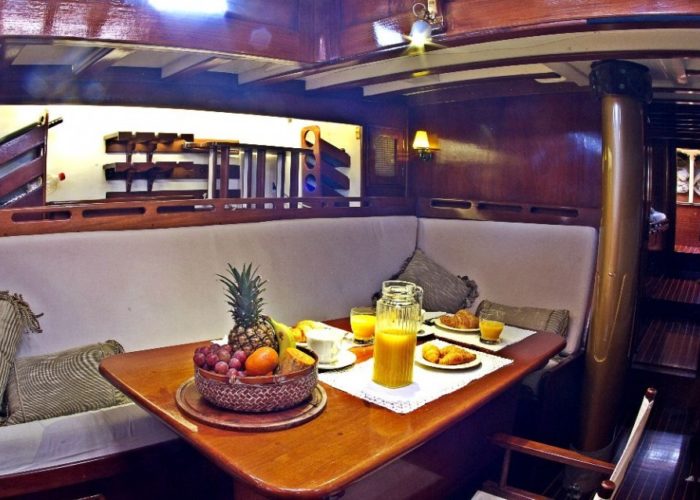 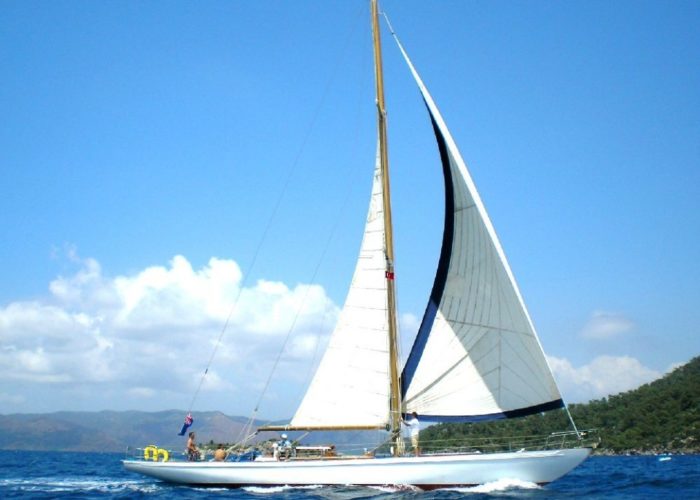 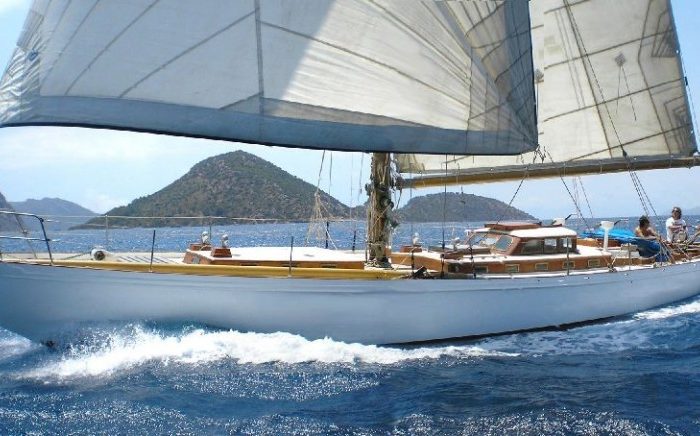 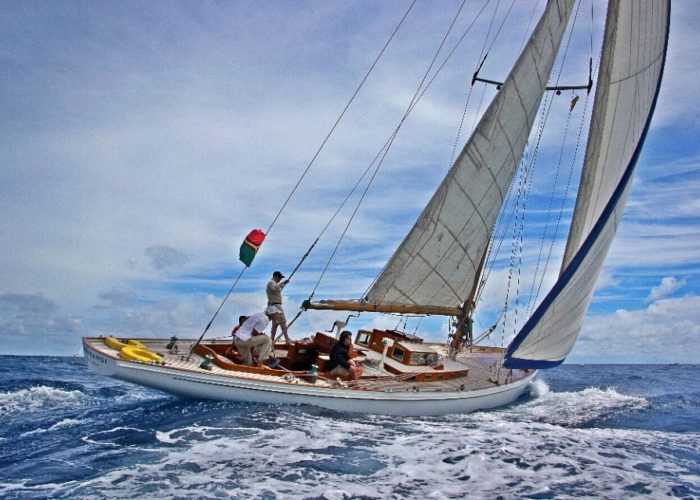 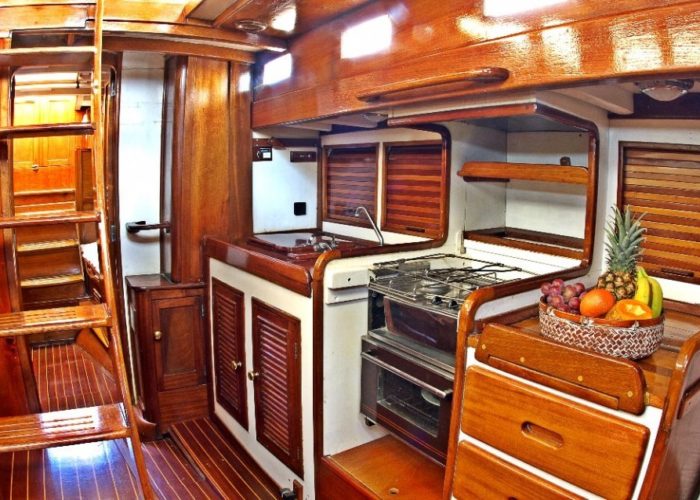 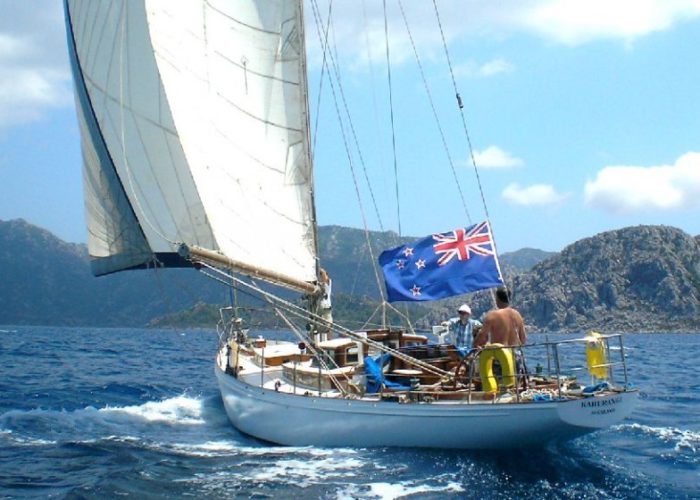 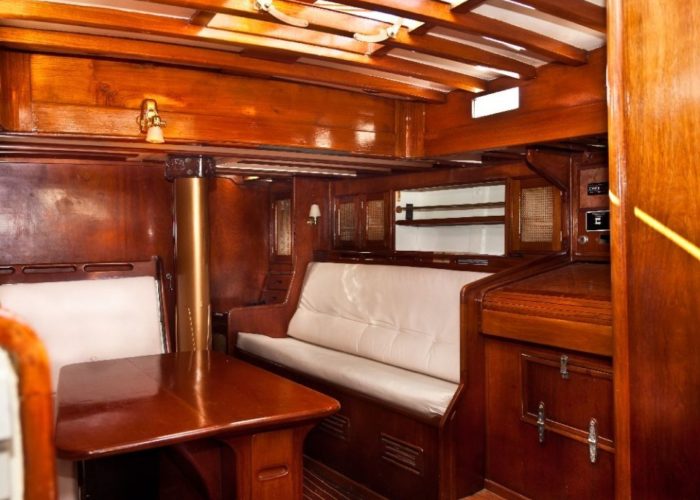 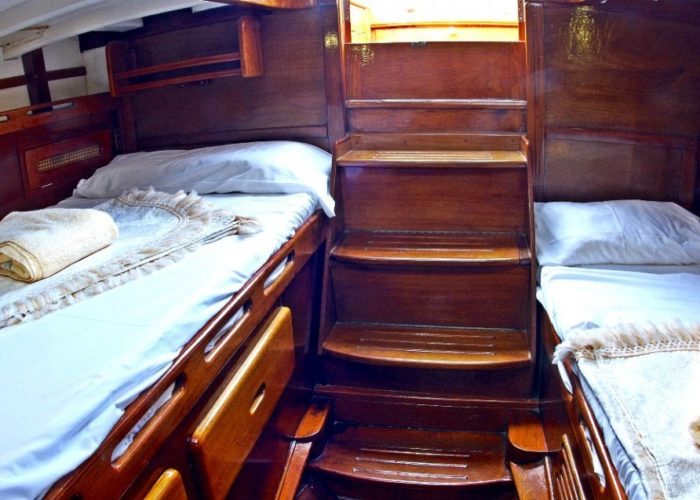 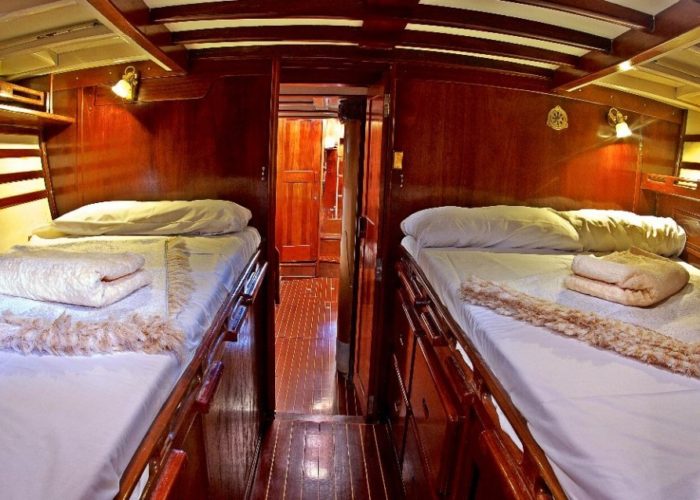 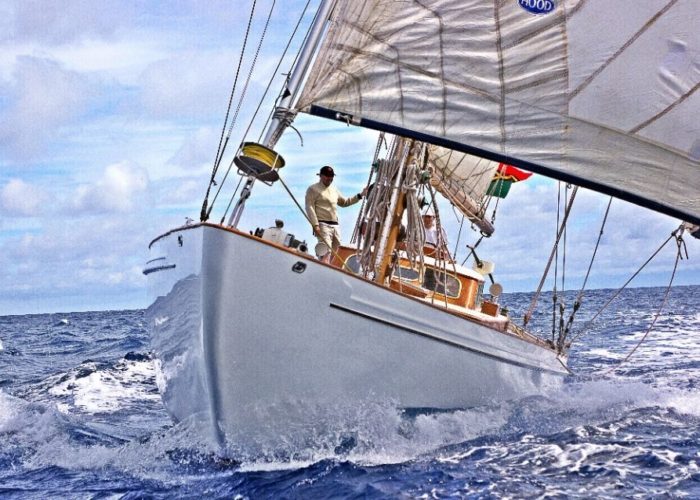 Kahurangi is a thoroughbred with pedigree. She was built to the design of Arthur C. Robb for Lawrence D. Nathan, the great-grandson of the pioneer founder of L. D. Nathan and Co. Ltd (the oldest company established in New Zealand).

Robb used the 12 metre rule back then as the basis for Kahurangi´s design and was built by Percy Vos, a very highly regarded Auckland boat builder. She was constructed of New Zealand kauri pine.

The name Kahurangi means “Precious Possession” in the native Maori language. At one time, she was the flag ship for the Royal New Zealand Yacht Squadron and won nearly every trophy with the Squadron in the first division. The R.N.Z.Y.S. has many trophies there with her name on it. There is a half model of her on the wall and a bronze sculpture at the entrance of the Club.

Many New Zealanders crewed Kahurangi during those years; a young Peter Blake was one of them until he grew to much higher sailing levels.

In 1967 Kahurangi did her first ocean race to New Caledonia (1300 hundred miles). In 1969 she did the 630 mile ocean race Sydney to Hobart. One of the crew was Frenchman Alain Colas who was doing his first ocean race. When Kahurangi arrived to Hobart in third position was moored beside Tabarly´s Penn Duik IV, who has won the race. It was there and then when Colas met Tabarly and their historic relation begun…

In 1977 Kahurangi departed from Auckland in a world cruise for never comeback… so far, but after so many years out of the country she is still well remembered and a street is named in her honour at Manurewa District in Auckland (Kahurangi Place).

If you want to experience sailing as in the traditional way, come to sail with us. We will adapt to the conditions of sea and wind and will keep in harmony with them.

Kahurangi´s captain have crossed all oceans several times using all kind of sailing vessels, from rafts to racers with Columbus replica ships in between.

If you are a beginner and have plans to have your own boat and sail away, enjoy a wek with us and we will teach you everything you need to know to do it safely.