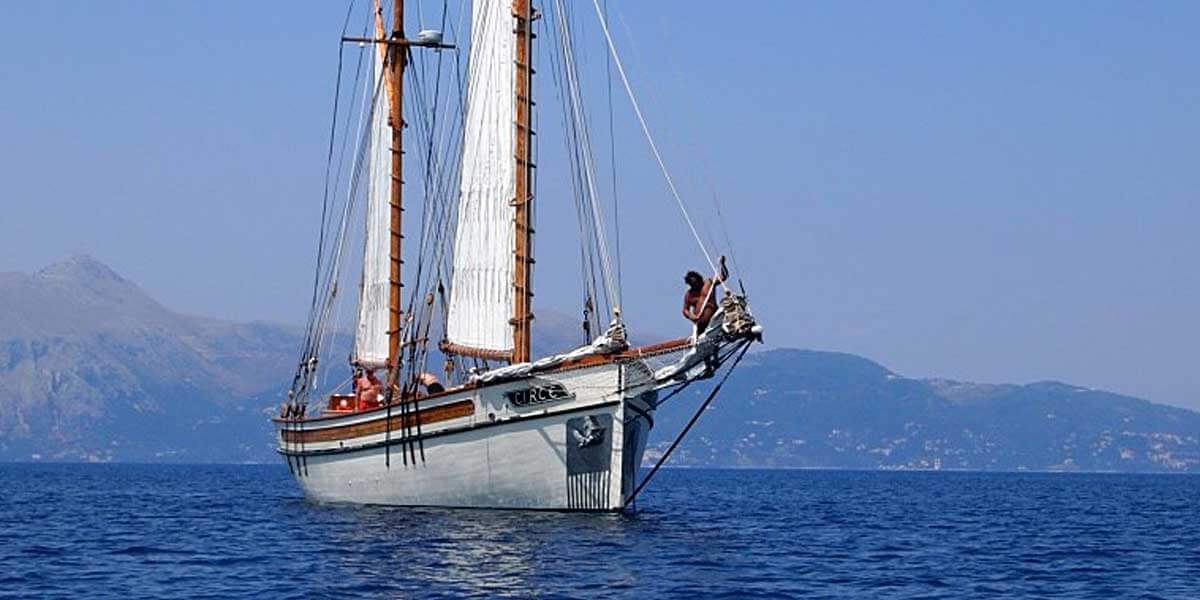 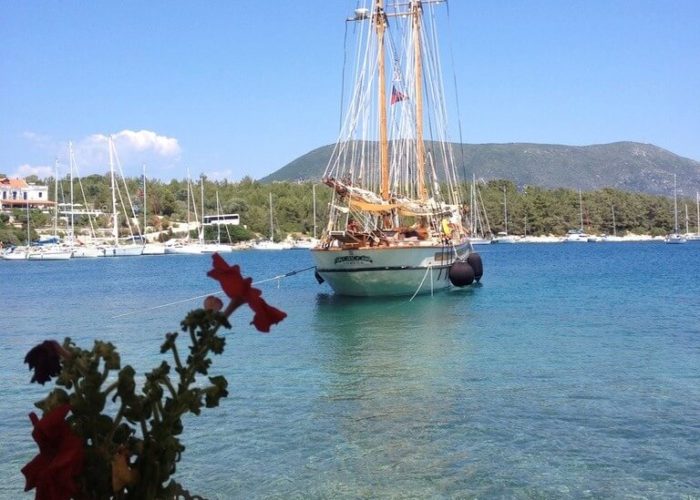 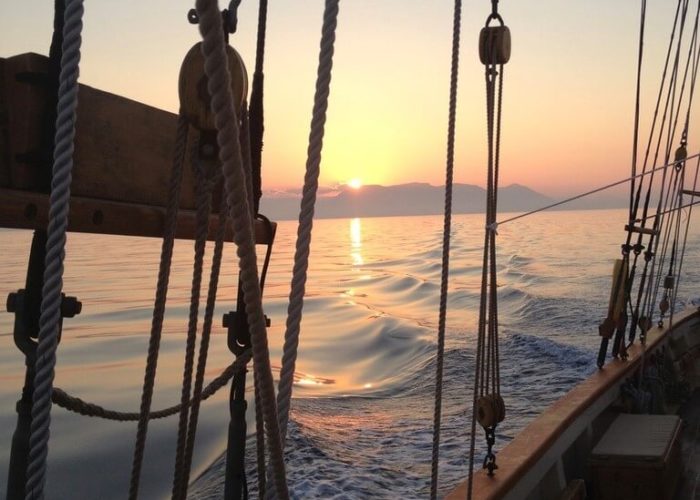 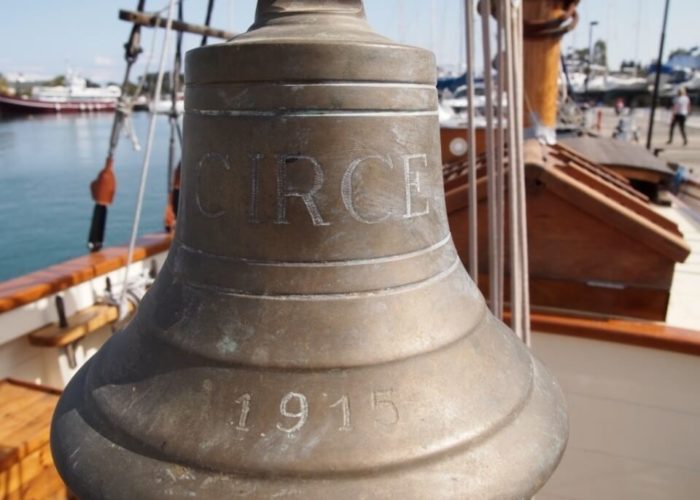 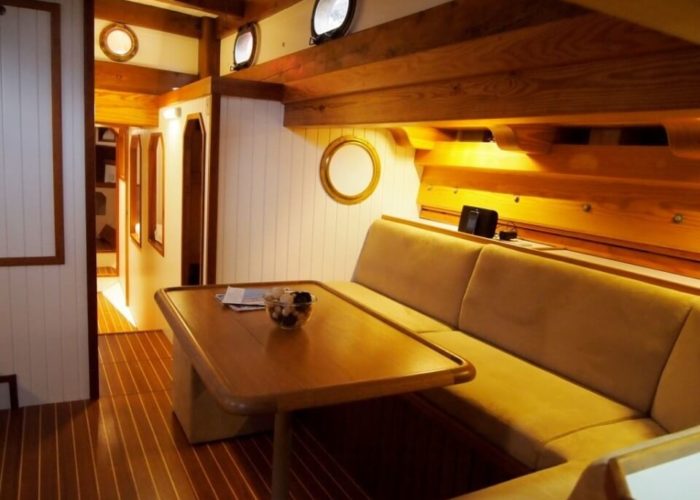 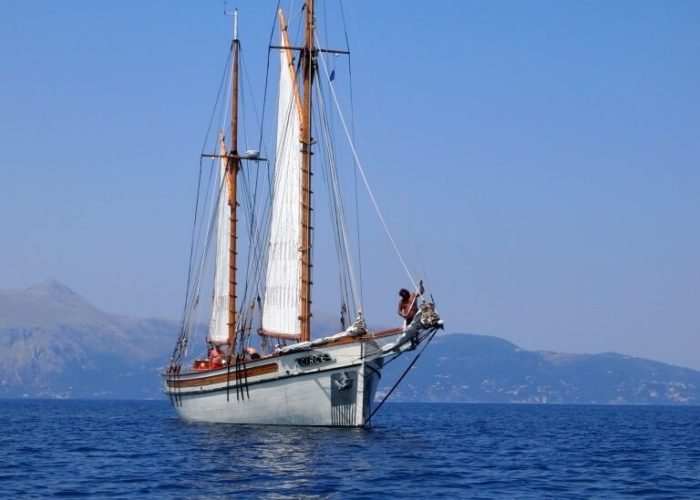 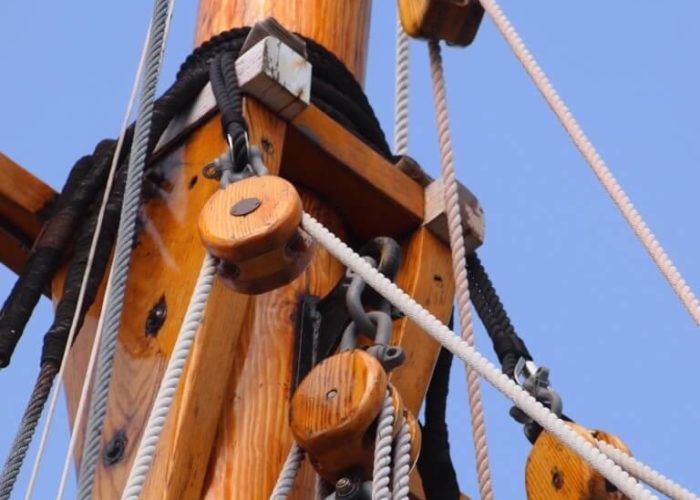 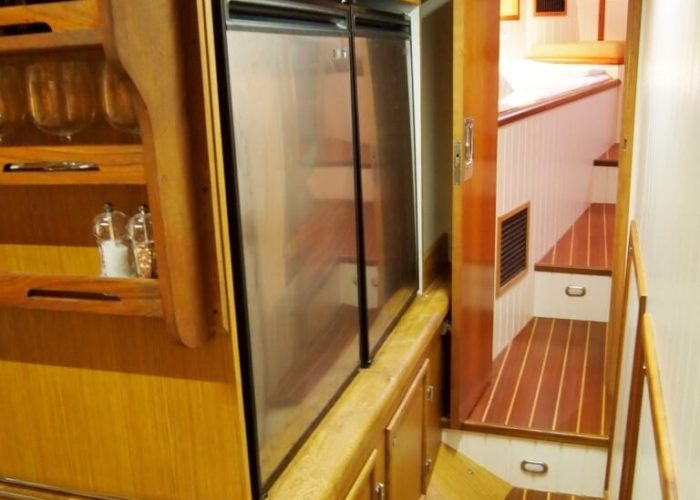 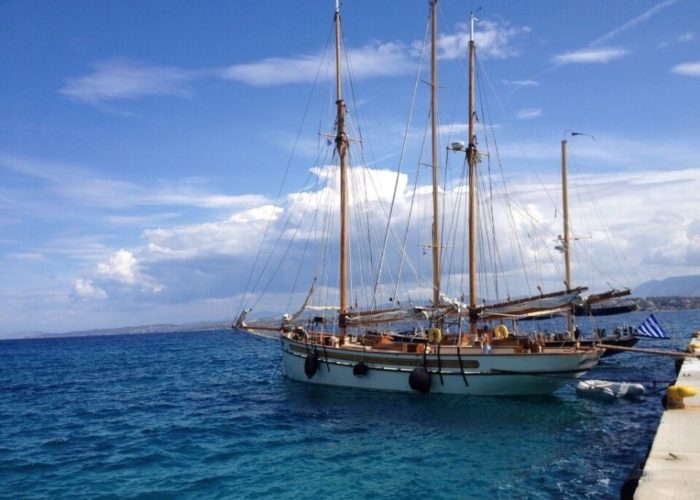 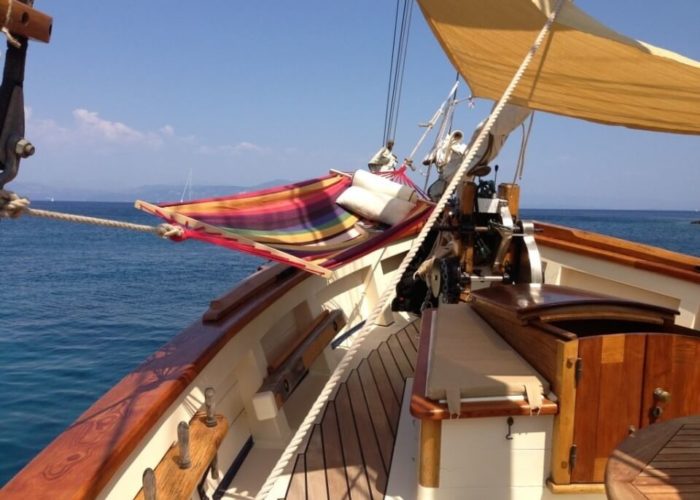 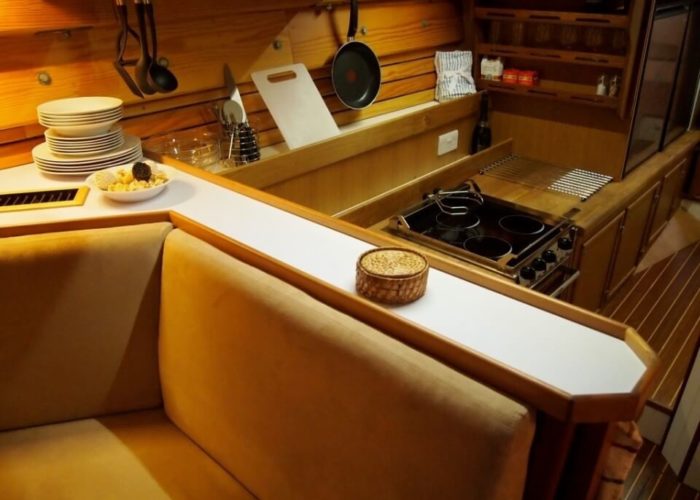 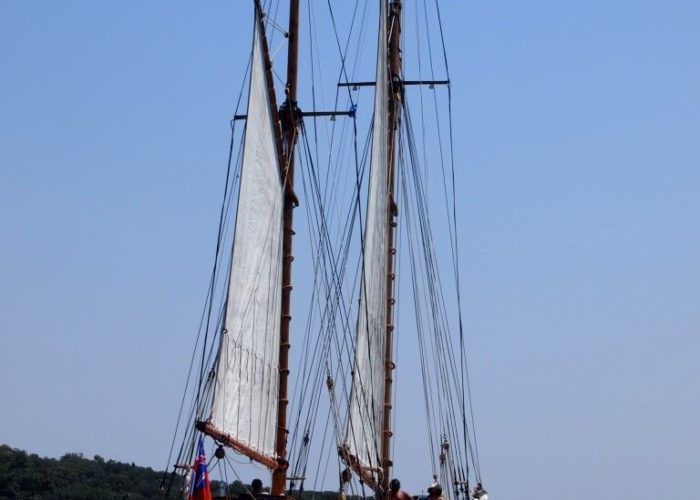 Circe (pronounced Kir-kee) is a 25 metre gaff-rigged ketch built in Norway in 1915. She is an eye-catching, graceful ship, of a type rarely seen in Mediterranean waters. Having been converted from a Scandinavian cargo ship to a private yacht in the 1950’s, she cruised for many years before being acquired by the current owner in 2005. She has since beneﬁted from a complete rebuild.

At the wheel, for the second year running, Circe is in the very safe hands of captain Marcos. With a typical laid back Paxiot manner, he puts to good use his experience gained captaining large commercial bulk carriers all over the world. His proven ability, his exceptional local knowledge of beaches, tavernas, places of interest and hidden bays and his perfect English, have resulted in Marcos being a very popular captain with clients and crew alike.

Circe retains her original charm. Her teak deck, is complimented by masts and spars made from solid Douglas ﬁr. All sail work is done by hand, utilising block and tackle, as it would have been when she was ﬁrst built, over 100 years ago. During July and August many customers choose to sleep on deck under the stars.

She has been reﬁtted to accommodate modern comforts and as well as the 2 double en-suite cabins and 2 single berths, she enjoys a spacious and relaxing saloon.

Whilst exploring the waters, mainland and islands of the northern & southern Ionian, Circe is designed to be independent from the shore for long periods if required, allowing for anchored stays in secluded bays.